Gee is dominating in the makeup and hairdressing scene. After graduating from Cut Above Academy, Gee returned as a tutor to pave the way for the next generation of creatives. Now Gee is heading the industry high table as the New Zealand Makeup Director for Maybelline New York.

The road to becoming the director of a beauty empire has been paved by Gee’s dedication to breaking the mould of conventional fashion and makeup. In 2018, Gee graced New Zealand screens as the lead makeup artist for TVNZ show Project Runway. With an extensive background in the industry and the knowledge and experience be a mentor, Gee was selected to be a judge on TVNZ show Glow Up just two years later. The show is based on the BBC format, which was inspired by the #glowup social media phenomenon taking over the world and sees nine talented makeup artists battle it out as they navigate inspiring and creative challenges.

From a young age, Gee has always looked loud and proud, but says standing out isn’t always easy. The stylist and hairdresser is non-binary and embraces a stylish appearance, including a clipped beard and beautifully applied makeup as one way to express this.

Encouraging others to own their identity, Gee is a strong believer that what you put under your makeup and outer exterior is more important than the beauty products itself. This has been the recipe for Gee’s career success – whether it be transforming a fashion model to sell an aspirational fantasy or embodying the persona of a character an actor has been cast to play. 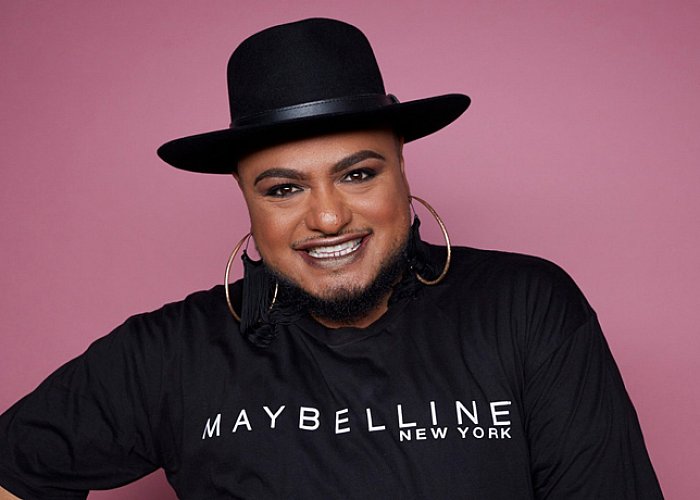 © 2022 Cut Above Acadamy is one of the trading names for the registered PTE Yoobee Colleges. Your enrolment is with Yoobee Colleges Ltd and your qualification is issued by Yoobee Colleges.﻿ | View our Privacy Policy & our Terms & Conditions.